The Hydrogen Strategy was published last August and builds on the commitment made in the Ten-Point Plan for the UK to host 5GW of “low-carbon” hydrogen generation capacity by 2030. The downstream sector, the largest producer and user of hydrogen in the UK, is already committed to working with the UK Government to help build the hydrogen economy with many leading industry producers already investing in hydrogen projects.

A vital role for UK refineries

According to the Climate Change Committee, “A significant low-carbon hydrogen economy will be needed to help tackle the challenges” in the UK’s transition to net zero. With refineries central to low-carbon industrial clusters in the UK there is a crucial role for them as both blue and green hydrogen producers and users.

Experts such as Baroness Brown, former Vice Chair of the Climate Change Committee have previously warned the UK risks repeating the mistakes made over battery technology and wind farms, where other countries ended up producing the technology, despite early UK commitment. Potential dependence on Chinese technology is also cited as reason for the UK to accelerate its own hydrogen economy.

The Commission plans to publish its work across this year, including its assessment of the performance of the UK’s Hydrogen Strategy published last year. This is amid industry concerns that private investment is currently being held back by a lack of ambition on the part of the UK Government. In 2021, the UK’s Hydrogen Strategy was launched accompanied by £105 million to assist industry to decarbonise. This contrasts with Germany’s £9 billion announcement to develop its hydrogen economy.

In the coming eight months, the Commission will engage with representatives from industry and academia, as well as senior officials from national and local government, to establish the steps needed to realise the opportunities presented by hydrogen.

The Government’s wider commitments to reach net zero carbon emissions by 2050 and the UK’s looming energy crisis have increased interest in hydrogen technology which can offer a low-carbon alternative to fossil fuels and is seen as a key part of the solution to reducing the UK’s dependence on imported natural gas in the medium to long term.

Hydrogen is also seen as a solution to the challenge of decarbonising some of the most polluting parts of the economy including industrial processes, transport and heating. As well as playing a potentially vital role in achieving various Government ambitions like “levelling up” and reducing carbon emissions, a UK hydrogen economy could also protect and create tens of thousands of jobs across the UK.

Speaking on the launch of the Commission:

Former Vice-Chair of the Climate Change Committee, Baroness Brown of Cambridge said: “Hydrogen is a real opportunity for the UK, with a key role to play in the resilient zero carbon energy system we need to meet the challenges of the changing climate and of global politics. The UK missed the boat on battery and wind technology, we can’t afford to miss the boat on hydrogen”.

Adviser to the UK Board of Trade, Lord Hannan said: “We should aim to have a diversity of energy sources – not least so as not to have to rely on unfriendly powers. Hydrogen is an important part of the picture, and an area where the UK begins with world-beating advantages”.

Chief Executive of UK100, Polly Billington said: “Hydrogen needs to be part of the energy mix to enable the transition to Net Zero. I am pleased to be involved in a thorough assessment of the role of hydrogen, including considering the needs and ambitions of communities and places, as we know there won’t be one solution that works everywhere. We need to ensure that the choices we make now don’t create problems for future generations whilst enabling the economic renewal offered by moving faster towards Net Zero.”

Former Chief of Staff to the Deputy Prime Minister, Lord Oates said: “I am delighted to join the Hydrogen Commission and look forward to working with fellow commissioners to explore the opportunities for and obstacles to the deployment of hydrogen across the economy. Hydrogen has the potential to play a transformational role in decarbonising our economy, particularly in the hardest sectors to decarbonise. I hope the Commission can make a significant contribution to realising this potential”. 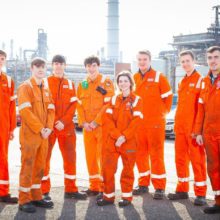 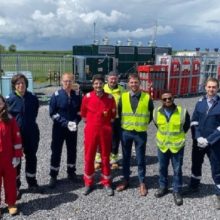