The fuel oil distribution sector is heavily male dominated with noticeably few women in a depot manager role. Claudia Weeks, content editor for Fuel Oil News, was delighted to meet Kelly Mcloughlin, Barton Petroleum’s first female depot manager, at the UKIFDA Expo in Liverpool in April, and was fascinated to hear about Kelly’s journey from joining the distributor in a part-time capacity back in 2013 to her current role in depot management.

“I have worked for Barton Petroleum for over nine years. Initially joining the company as a part-time administrator, the role expanded over time into a full-time administrator role, and I was recently promoted to depot manager in October 2021.”

Kelly explained how her previous experience had been part of her route into depot management: “I gained a variety of valuable sales and administration skills in previous roles I had with other well-known companies, and I feel that you can take these skills with you anywhere.”

The organisation and administrative skills gained along the way have proved extremely advantageous in Kelly’s role of depot manager for Barton – a company that sets extremely high standards for the role.

Reputation speaks for itself

Barton Petroleum is a successful independent distributor celebrating 50 years in business in 2022. Operating 5 depots, the distributor prides itself on having experienced, customer-focussed staff and drivers, with all depots having been awarded the prestigious Platinum status by UKIFDA.

Claudia asked Kelly what initially attracted her to a role in the business 9 years ago and Kelly answered enthusiastically: “What attracted me to Barton Petroleum specifically is that it is a successful and respectful family-run business that has been operating for 50 years. Barton maintains a good customer base and always looks after its customers and employees. It isn’t a ‘faceless’ corporate company at the end of the telephone and we are regularly praised for our customer service, which speaks volumes.”

Interestingly, Kelly isn’t the only member of her family working at Barton: “My husband originally started as a driver and has been with the company for almost 16 years. He has always spoken very highly of the company which inspired me to consider taking a role within the business too!”

“What is a typical day like for you in the depot?” Claudia asked Kelly.

“The depot I manage is based in Oakley, just outside Bedford, and was established in 1989. I feel that the skills and experience that I have developed over the last nine years have contributed to me running the depot successfully and maintaining its excellent reputation for delivering a wide range of oils and lubricants to industrial, agricultural, and domestic customers alike.

“I am proud to say that I work with a great team who are extremely experienced in the oil industry, and we are all keen to see our depot continue its growth, and to continue with our excellent customer service and commitment to our customers.”

Despite the low numbers of female depot managers, women are more than capable of fulfilling the job requirements and thriving in the role, as Kelly has proven in the Oakley depot. Kelly was keen to explain how Barton helped her to find her feet in a traditionally male-dominated industry.

“Barton has always been very supportive of its employees and has, on many occasions, promoted from within its organisation. Always operating best practice in diversity, Barton includes and involves people from a broad range of background and gender.”

Despite her own evident success and enjoyment in the role Kelly did note that she hasn’t yet come across other women in the industry in depot management.

“I think it’s still quite rare, but hopefully that will continue to change.”

Asked whether she had experienced any negative reactions to taking on this job from friends, those in the industry, or customers, Kelly commented without hesitation: “No, not at all. Everyone has been very supportive!”

Indeed, Kelly would highly recommend the industry to anyone considering coming into the sector: “It is an exciting business to be in. It is rewarding and at the same time it’s challenging – but in a great way!”

The fuel distribution sector is changing in many ways, including the diversity of its community, but it remains an industry where there is still a lack of gender diversity. As the sector considers how it best attracts the next generation, there is a real opportunity to bring more women into key industry roles.

If you are a woman working in this industry, then we would love to hear from you. Please share more about your own experience and any thoughts you have that may help companies operating in the sector to more successfully attract women into fuel distribution. 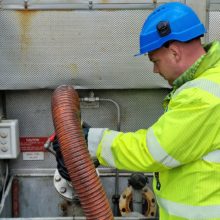 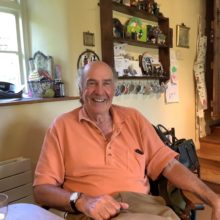