We will now consider the main developments that are expected to determine the shape of the sector up to the end of the current decade, looking at its principal component parts.

Developments impacting on the future shape:

The over-arching development that will play the central role will be the pace of the energy transition away from all fossil fuels towards renewable sources. Taking the main components of the downstream oil sector in turn:

There are currently six refineries supplying the UK market, all of which were originally commissioned 50+ years ago, but how many will be required by the end of the decade? Especially in the light of the following:

It remains to be seen if any of the refineries follow the co-processing precedent set by the Phillips 66 Humber plant, with a renewable diesel unit since 2018 now with a capacity of 150,000 mt/year, with plans to expand to 250,000 mt in 2024. In mainland Europe both Total in France and ENI in Italy have gone a step further by conversion of former oil refineries in to 100% biofuels facilities- two in each case. Will these precedents be followed by any of the UK refiners?

The clear balance of probability is that the refinery network will be smaller by 2030; factors such as security of supply and supply resilience will also be important determinants of the size and shape of the network come 2030.

Sales of these grades (diesel, petrol & gasoil) represent 60% of total inland refined product deliveries, so are the bread and butter for the participants in the downstream oil sector. The past year, in particular, has seen a rapid pick-up in EV sales and this trend is expected to accelerate, with increasing attention and encouragement from government. Mindful of the more ambitious 2030 GHG emissions reduction target (-78% vs 1990) and the ban on ICE vehicle sales from that date this prompts two critical questions:

The answers (outcomes) to the above questions will be key to shaping the kind of competitive landscape in 2030. Directionally, there are likely to be fewer players and, maybe, some different/new ones from the wider energy or other sectors?

Of the existing participants, both BP and Shell have served notice of intentions regarding the electrification of transport, with ambitious plans around EV charging facilities across their networks. Further, BP acquired the UK’s largest electric vehicle charging company, Chargemaster, in 2018, whose Polar network comprises circa 7,000 publicly available charging points. Shell acquired Dutch company, NewMotion in 2017, one of Europe’s largest electric vehicle charging companies which provides circa 30,000 residential and business charging points and 50,000 public sites. The country’s largest independent dealer group, MFG, plans to invest £400 million to install around 3,000 ultra-rapid 150kW and 350kW EV chargers at roughly 500 sites by the end of 2030.

Full recovery from the 60% collapse in demand last year is not expected to occur until around 2024- and it may never get back to 2019 levels if long-haul traffic does not recover to prior levels. Notwithstanding that decline, aviation is viewed as one of the most difficult sectors to de-carbonise, at least in the short to medium term. There is rising interest, and activity, around the production of sustainable aviation fuel (SAF), based on HVO, but the scale and general availability will remain limited for the foreseeable future.

Consequently, the competitive landscape is unlikely to experience any material change over the next ten or so years, with the existing dominant market players (BP, Esso, Shell) continuing to be so.

In its ‘Future Vision’, published in July 2019, UKPIA declared a commitment to cease supply of heating oil to properties off the gas grid during the 2020s, when use of liquid fuels for space heating will fall to ‘very low levels’. The Association does not envisage that a sustainable low carbon liquid fuel will have a future role in the energy supply system outside of the transport sector (ground transport, as well as aviation and maritime sectors).

Implementation of this commitment infers that an important part of the oil distributor’s business portfolio will not exist in its current form by 2030, although there may be a place, albeit very limited, for a drop-in low carbon liquid fuel alternative, such as HVO.

The knock-on impact of the foregoing on the competitive landscape is very difficult to gauge at this juncture. Suffice it to say that, directionally, it will drive greater consolidation.

The principal outlet for LPG , accounting for around two thirds of demand, is as a petrochemical feed stock for steam cracking to produce olefins- ethylene, propylene and butadiene- which are key building blocks for the chemicals industry. This is the one market for refined oil products which, it is envisaged, will enjoy longer term sustainability than the more ‘mainstream’ ones, although there is a potential threat from increased availability of ethane sourced out of US shale gas production.

Trying to speculate about the precise shape of the UK downstream oil sector landscape in circa 2030 is largely a ‘guesswork’ exercise so, in the foregoing narrative we’ve tried to identify and highlight some key pointers. In all probability it will not look too much different from that today- though maybe with fewer participants among those currently involved, but with the possibility of new/ different players from elsewhere in the energy sector, or beyond?

Time and evolving circumstances will tell!

Rod Prowse, worked for 30 years across the full spectrum of the downstream oil sector, in both the UK and USA,

which has included leadership positions in both retail and wholesale fuels businesses. Rod draws on his extensive knowledge of this global industry to bring us ‘Industry Insights’. 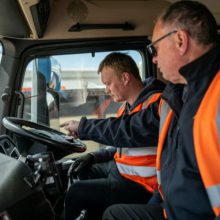 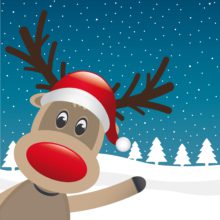