Last year – according to research carried out by uSwitch – almost a quarter of households suffered a boiler breakdown.

The average cost of repairing that boiler was £280.

Although uSwitch reports boiler cover costing from as little as £130 a year, it says that with finances stretched, 62% of households do not have any cover.

Providing customers with a one stop shop service

Dorset-based Ford Fuel Oils currently has a team of five engineers operating in the south west. “As a fuel company, we saw boiler servicing as the next progressive step. We wanted to offer our customers a one stop shop so we sell oil, we sell tanks and we replace boilers,” explains the company’s engineering manager, Gary Taylor.

“The market in the south west is reasonably buoyant. We have a good customer base with four depots to serve them,” addedGary. “One or two companies in the area are moving away from the industry, or have let people down, so we’ve also picked up business that way.”

Longer term, Ford Fuel Oils is aiming to service the boilers of all its domestic customers.

Whilst companies such as Carrs Billington, Barton Petroleum and Chandlers Oil & Gas do not provide boiler servicing, they do recommend local engineers. Carrs Billington director, Derek Wallace told FON: “In a given area we recommend engineers and have done so for many years. The engineers are self-employed and we enjoy a very good working relationship.”

Cornwall-based Consols Oils does not offer boiler servicing. Managing director, Kevin Bennetts gave two reasons for this: “Firstly, we’re not technically competent and not inclined to get anyone in who is. It’s an overcrowded market. Secondly, we’d have to charge VAT, where as an independent, one man band doesn’t plus they’re better qualified, cheaper and already have a list of satisfied customers.”

Send your views on boiler servicing and providing boiler cover to liz@fueloilnews.co.uk 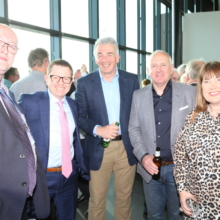