Established in 1971 as Oil Tank Supplies Ltd it was originally focused on the manufacture of small domestic oil storage tanks and installation and changeover services.

“It all started with Peter Wood and I meeting at Seale Hayne Agricultural College in Devon and we kept in touch and both realised that we were probably unemployable,” remembers co-founder Bruce Woodal. “Therefore, we decided we should start a business of our own and recognised there was an opportunity to seize in oil fired central heating by manufacturing domestic oil storage tanks.”

“We started in a cowshed at Churchdown near Cheltenham. The tanks were manufactured in the old cowshed and every piece of steel and finished tanks were manually handled. No forklifts! Within 2 years, we persuaded CoSIRA (Council for Small Industries in Rural Areas) to give us an industrial building loan for our first factory at Andoversford near Cheltenham. Two years later we moved into the factory and we were then manufacturing around 200 tanks a month, and everything was looking good. Then in November of 1973 OPEC suddenly decided to rapidly increase the price of crude oil which literally changed the domestic heating scene overnight.”

That year, the price of kerosene more than doubled in price and orders dropped within 2 months to less than 50 tanks a month.

“It taught us that we had to diversify to build a sustainable business”, adds Bruce. The company then started dealing in second-hand tanks which were refurbished and resold mainly to the commercial sector, including farmers, many of whom were friends from agricultural days.

“In 1982, OTS diversified into supplying tanks to filling stations and then to refurbishing filling stations ourselves, employing our own skilled tradesmen. This was followed by us purchasing old filling station sites to refurbish ourselves as ‘hospital jobs’ between contracts. The same year, the company purchased Happy Lands’ Quarry near Chipping Campden, an 11-acre site, and got planning permission to use the site as our new premises for tanks and services.

“We quarried out 500,000 tonnes as a JV with a large Quarry Company to build the M40 section near Warwick and then renamed the site Springhill Industrial Estate,” adds Bruce. “We were also then involved in importing and selling wood burning stoves and cast-iron garden furniture and Peter wished to do other things, so I bought Peter’s shares and kept the oil industry businesses and he kept stoves and furniture”.

Over the decades, OTS has constantly evolved in response to industry needs and new technologies and has always strived to be ahead of changing times. This has led to the company developing a number of unique patented products such as the OTS MultiServ™ which is effectively a pop-up commercial filling station.

Now OTS is the leader in the fuel storage and installation industry with a large fleet of fully compliant storage tanks up to 100,000 litres for hire, a highly skilled technical support team covering the whole of the UK and Ireland and also manufacture bunded steel tanks up to 200,000 litres to OFS T/200 which is the highest standard in the UK for bunded steel tanks. OTS also specialises in designing and building distribution depots, fuel dispensing systems and management systems for the large food retailers and online distribution businesses.

OTS has pioneered many special projects over the years, like the floating fuelling system which was designed and built for Whitelink Ferries in Portsmouth harbour, and Plymouth Fisheries new fuelling system for the trawlers.

With the drive to net zero by 2050 and, therefore, the advent of new fuels to reduce tailpipe emissions, the company has developed a fuel quality division to deal with the problems arising from modern biofuels which can cause issues with the latest Euro 6 engines. The subsidiary company, TankCare Ltd, holds the UKIFDA contract for fuel quality testing for its fuel distribution members in the UK and Ireland.

“Throughout this constant evolution, innovation has remained the underlying principle to everything we do. We are proud to be celebrating this milestone today,” adds Bruce Woodal.

OTS Group heads into its sixth decade with a strong commitment to its core principles of enabling and growing a strong technically advanced work force, constant innovation and improvement and continuing to serve its customers, who are also its future.

Conscious of the GHG and air quality issues with fossil fuels, OTS Group has become involved with organisations like the Fuel Experts Association (FEA) who represent companies who are developing clean energy and clean liquid biofuels such as HVO. Bruce Woodall says that there is a bright future for clean drop in fuels and he also believes that, ultimately, hydrogen will be the utopian fuel for transport and heating.

“Covid-19 may have put a bit of a damper on celebrations, but it has also made us realise how important our community is to us.

“An anniversary logo has been developed to mark this special year, which we plan to use on all our communications. But we look forward to celebrating the next big milestone in person with employees, partners, clients and friends,” concludes Steve Gain, managing director. 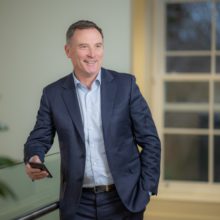 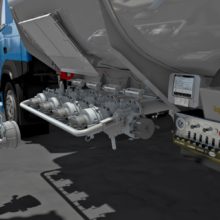