The majority of excess deaths last winter (36,300) occurred among people aged 75 and over and although the large increase has been partly attributed to an ineffective flu vaccine, another important factor was that many vulnerable people could not afford to adequately heat their homes.

“In this day and age it’s totally unacceptable that we’re still seeing such a large number of people dying from the cold,” said Jeremy Hawksley, OFTEC director general.

“One of the main problems is that UK housing stock is amongst the least energy efficient in Europe, with poor insulation and old, inefficient heating which leads to higher fuel bills. Many older, rural properties have the worst Energy Performance Certificate (EPC) ratings of F and G and OFTEC says more needs to be done to urgently improve the energy efficiency of these properties.

“OFTEC continues to urge government to rethink the UK’s current heating strategy which leaves too many people out in the cold, with off grid consumers getting a particularly poor deal.”

“The UK desperately needs a combined energy efficiency and carbon reduction policy that works. We would also like to see more support to better insulate rural homes to stop them ‘leaking’ heat and a universal boiler scrappage scheme to encourage consumers to switch to high efficiency, modern condensing boilers.”

In partnership with Age UK, OFTEC has republished its Keeping Warm This Winter booklet. Download a PDF at www.oilsave.org.uk/OilSmart. 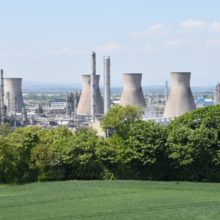