A downturn in volume

“The shipping industry was booming before the summer of 2008, but freight rates like the price of oil crashed,” explains Nikki Jessop the Rix Group’s director, Maritime Bunkering. “Following this, ship owners and operators resorted to slow steaming and bunkering at locations offshore on passage at lower levels to keep their costs under control. Marine fuel volumes and margins are down significantly and credit risk management is more important than ever.”

Peter Hunt, who handles Falmouth marine sales for World Fuel Services, agrees. “We saw a peak in terms of volumes in 2007/8. Total UK bunkerage in 2007 was between 2.5-3 million tonnes; now it’s down to approximately 2.2 million tonnes.”

World Fuel Services is one of the biggest suppliers of bunkers to the UK market. Its UK-based subsidiaries (Henty Oil, Falmouth Petroleum and Tramp Oil) supply over 750,000 metric tons of bunkers each year in UK ports (HSFO, LSFO and LSMGO). The company has storage and blending facilities at Immingham, Falmouth, Liverpool and Holyhead and a resident barge at Dover.

“As with most UK industries, the marine fuel industry has not escaped the downturn unscathed,” says GB Oils’ marine national sales manager, Gary Byers. “However we have experienced an increase in demand for marine fuel oil throughout the UK due to factors such as increased brand awareness and establishment of close, trusting relationships between the company, international traders, ship owners and the UK and international government bodies.”

Since it was formed some years ago, GB Oils’ marine division has become a key player in the industry and is continuing to grow. The company’s marine team is a trusted supplier to some of the UK’s main marine companies including the Royal National Lifeboat Institution and Ministry of Defence.

The company is the only bunkering supplier able to distribute nationwide and is one of just a handful of companies permitted to supply fuel on the Thames. Another specialist service provided by GB Oils is the transportation of IFO grades from Eastham to every port in the UK, Northern and Southern Ireland, allowing the company to not only maintain business, but to continue to grow.

The Rix group currently owns three coastal tankers plus three estuarial barges, all suitable to load from the major oil companies. The marine department charters three/four of the tankers for bunkering activities ECUK, whilst the other two are on charter to third parties.

“The Humber, like most ports saw a significant reduction in bunker volumes by early 2009,” explains Nikki. During 2008 Maritime Bunkering operated two coastal tankers plus two estuarial barges. As a result of pressure from the major oil companies over age and vetting, the Rix group had already entered into a phase of new builds to maintain its market position.

“We (Rix/Maritime Bunkering) have managed to keep our heads above water during challenging economic times through a conservative approach to the creditworthiness of our clients, securing product availability from our business partners and also investing a substantial amount of capital into our barge fleet, providing a good service.”

In order to ensure that it maintains its barge fleet, Rix’s marine department also offers a barge hire service to other local suppliers, maintaining continuity to the area with regular barges.”

From 1st January 2015, legislation will come in to force, further reducing the content of sulphur in marine fuel from 1% to 0.1%. “The use of low-sulphur fuels is a hot topic within the industry,” says Gary Byers. “The ECA regulations are designed to limit the harmful impact sulphur can have on the environment, but there is some debate on how effective this will be and the potential impact it could have on the marine industry.

“Long-term, the regulations will have clear environmental benefits, however in the short-term, the treatment process required to convert fuel so that it contains 0.1% sulphur results in large scale carbon emissions, the impact of which negates the benefits of using a low-sulphur fuel.

“There is concern that the ECA Directive may lead to increased bunkering costs, which could push cargo towards non-ECA zones, and also that there may be a rise in the use of alternative transport, including land, causing more congestion and emissions from those modes of transport, therefore counteracting the planned benefits of marine vessels using low sulphur fuels.”

Nikki Jessop echoes these concerns; “It’s not known if sufficient 0.1% fuel oil will be readily available or if some ships will switch over to 0.1% MGO further increasing demand for MGO.”

Melanie Noel, WP Group’s fuel sales manager agrees: “Legislation changes will only see more marine customers switching to gas oil 10ppm which will open the market up to more competition. It will also see increasing issues with fuel specification as FAME is present in most gas oil 10ppm and this causes microbial growth between fuel and water interface. This will in turn accelerate degradation in fuel quality causing efficiency problems.”

On the positive side, Peter Hunt believes that the new legislation could be a good opportunity for Falmouth. “World Fuel Services expects Falmouth volumes to benefit from the reduction in maximum sulphur content for bunkers used in the European and USA/Canada ECAs when it comes into force. Ships approaching the European ECA from the Atlantic will not always be able to secure ‘ECA-compliant’ bunkers before entering; Falmouth’s location (just outside the western border of the ECA) makes it the last opportunity for ships to secure compliant fuel before entering the ECA.

“While there are areas of uncertainty, the marine industry continues to be a strong business sector with opportunities for expansion. Marine fuel suppliers such as GB Oils have a key role to play in supporting the industry and for us, the focus remains on helping our customers to comply with legislation and working hard to ensure their needs are met,” says Gary. 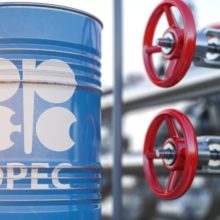