Ken has worked across a number of energy sectors including nuclear, renewables and oil and gas and will be joining from the representative body for the UK onshore oil and gas industry, UKOOG where he was chief executive for over seven years.

“I am delighted that Ken will be joining us in January. His impressive track record of working within the energy industry across political, business and campaign groups gives him excellent insight into our industry and at this critical juncture he is poised to take our industry to the next stage where we see liquid biofuels part of future energy policy. Thanks to the work over the last three years of our current CEO Guy Pulham, UKIFDA now has a robust voice across the whole of the fuel sector, creating collaborations with other trade associations as well as on-going activity with both the UK and Irish governments.”

Commenting on his appointment, Ken said:

“The liquid fuels industry is poised to play a lead role in the UK and Ireland’s Net Zero challenge and I will be joining at a particularly exciting time as trials of liquid biofuels are now taking place in off grid homes across the UK. It is really important to me that the customers the industry have so proudly served for decades are provided with a realistic and lowest cost choice to meet our net zero ambition, I will be pursuing every opportunity to work with both the UK and Irish governments to ensure liquid biofuels form part of the future energy mix and press them to set timelines for the transition. Working alongside companies in the industry and stakeholders we will continue to urge governments to put a clear pathway in place, from which our industry will respond to the supply challenge.”

Off-grid communities across the UK and Ireland will then have choices in how they heat their homes and meet their own, as well as government, decarbonisation goals. This is the point I know the UKIFDA team has been making to government over the last three years and I hope to build on this sterling work going forward.”

Ken will join UKIFDA on January 11th and a phased transition of responsibilities will begin during Guy and Ken’s three-week handover. 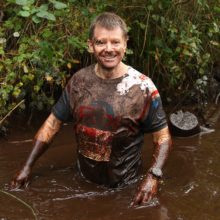