Nottingham-based Filtertechnik, specialists in filtration technology and clean-up systems for fuel, biodiesel, oil, and process fluids, claims that Filtasorb 2 gives “unrivalled performance” even at low flow rates of 200 litres per minute. The filter media has been developed by the company in the UK where it is also manufactured.

“In recent trials Filtasorb 2 set a new benchmark in the removal of water through absorption,” says Filtertechnik. “It’s highly effective, even in a single pass through the media, at low and high flow rates. Using diesel at a flow rate of 150 l/min Filtasorb 2 removed 6kg of free and absorbed water per minute bringing the water content to under 100ppm in a single pass from an initial level of over 44,000ppm.” 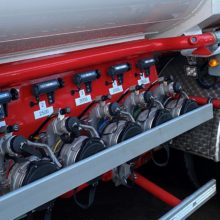